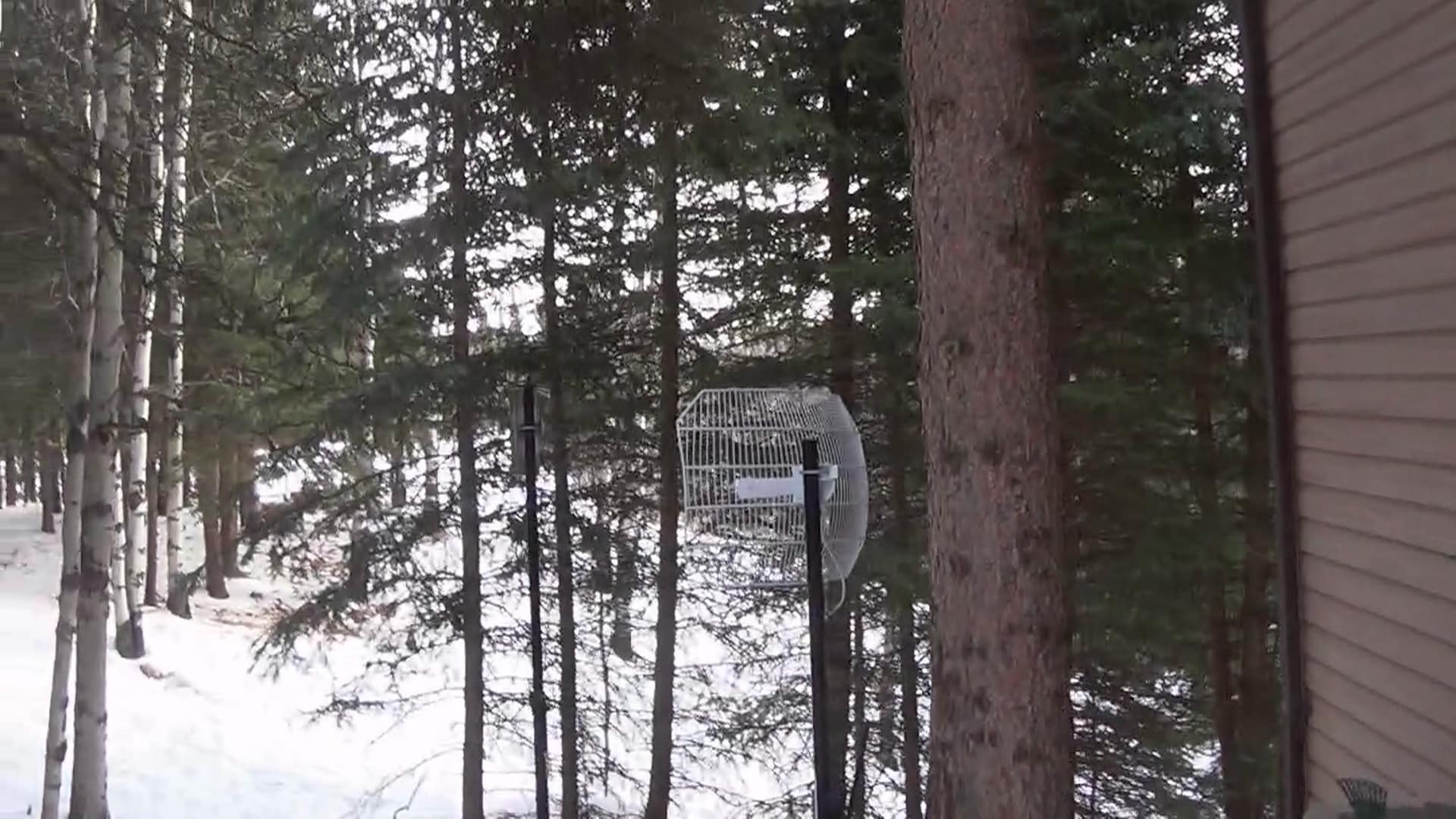 Last week, were invited to Waiparous to test out the specific links we intend to use for the pilot network. According to people in the industry, Waiparous is “wireless hell”. And it is.  Very thick trees, ravines, and hairpin roads.  A true non-line-of-sight case.

Jason Marsland, owner of Velocity Networks, and Adam, his installer were there for the test. They were extremely impressed with the results. Our system worked where their other methods had failed time after time. Both of them related that they laughed when they first heard that we thought that we could do what they had been trying to do for ages. This week, we proved them wrong in a most resounding way.

We’re now going to work on the details of the actual deployment (which units go on which homes and how exactly they will be connected). Jason is extremely excited and thinks he’ll be able to reach many customers previously out of range.  We met 4 or 5 home owners, each of whom knew several neighbours also needing the service we are planning to offer.

This difficult terrain test is a major hurdle we’ve overcome. We will be pushing hard to get equipment ready to permanently deploy this network.

The best part for us is that Adam, Velocity’s installer, was there.  He’s the person who gets face to face with the actual customer when things go wrong. The fact that he was impressed is more important to us than almost anyone else’s opinion.

We’re moving as fast as possible to complete and test the production version of the firmware. We also have secured a lot of the equipment we need so we will be ready to deploy as soon as possible.