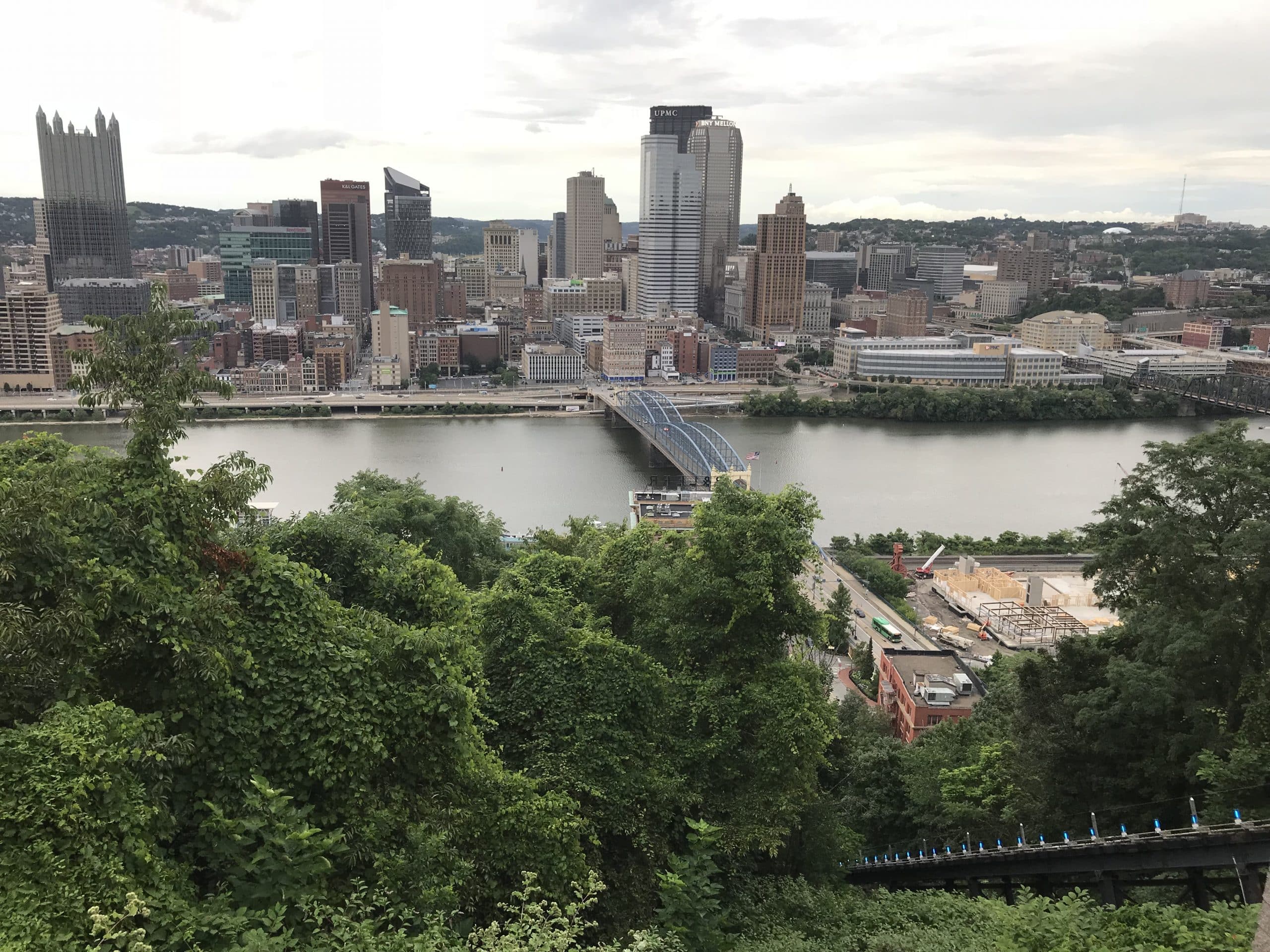 It was a great pleasure to attend a conference in Pittsburgh this week concerning community broadband.  Unlike most other conferences we have attended so far, which were largely directed at wireless internet service providers (and hence more like trade shows of technology), this one, called “Next Century Cities” was more of a forum to spur change in communities needing or wanting to take their broadband issues into their own hands.

We were quite amazed to learn that the National Broadband Map produced by the FCC was a major underrepresentation of actual broadband coverage in the US, and by the speakers’ conversations on stage, the need for broadband improvements appears acute in both rural and in many urban areas. One of the speakers who had done extensive testing on broadband access revealed that the National Broadband Map’s coverage indicators were based on it being  “available in a census block if the provider does or could, within a service interval that is typical for that type of connection – that is, without a extraordinary commitment of resources – provision two-way data transmission to and from the internet.”  Let us translate that: it’s what could be done not what is being done map of coverage.  The same speaker concurred with online criticism of this tool as being a “$350 million boondoggle”.  (The good news for Mage is that the need for our technology is even more desperate than we realized).

Communities in the US are angry about not only inadequate coverage, but also the oligarchical structure of the telecommunications industry, which they say favours incumbents and keeps small communities from finding ways to improve their own situations.  One speaker screened quite a dramatic documentary called “Do Not Pass Go” which showcased conflicts between federal (siding with large telcomm companies) vs. local communities without broadband.  Regardless of what side one sits on this issue,  it was a shame to see community initiatives stymied, especially when incumbent telecomm providers had already rejected these areas as worthy to support new broadband infrastructure (i.e. fiber).

Ms. Clyburn actually spoke about the acute need for a different kind of “business case” for rural broadband infrastructure. While private companies look only at the ROI based on getting the monthly homeowner revenue to pay it back, the communities themselves look deeper at the rationale and its effects.  For example, the need to retain residents in their communities, the need to retain and attract businesses, the need to educate their youth, the need to maintain property values and the need to provide overall communication with the outside world.  All of these have some dollar value not being considered by telecomm providers; yet these factors are critical to communities. Like water, heat and electricity, broadband is vital to rural communities’ ultimate survival.  If these other factors could be prioritized, and even quantified, if need be, perhaps there would be more commitment. Or, perhaps the ultimate solution is to allow more free rein on community broadband initiatives and not deem them “unfair competition” for private (incumbent) telecomm providers.

Certainly, what we did notice at this conference is that everyone we spoke to was keenly interested in hearing more about what we could do to help their communities, both through our equipment, and in partnering with our ISP partners such as Aer Wireless in the US, who attended the conference with us.  In fact, in situations where US communities do wish to take initiatives into their own hands, and yet must legally use private company partners instead of acting as their own ISPs, Mage has a solution. Our partner, AER Wireless, can not only provide our equipment, but also a huge range of services that go with it, for example:

The good news is that for Mage, the need for our technology is even greater in the US than we realized.   The conference organizers told us directly, “Everyone is talking about you guys.  You are the only people who came to this conference with a potential solution to the problem.”  Indeed – affordable, fast rural broadband is what we are here to provide.

Needless to say, we are buried in leads, and following up feverishly over the coming weeks.